Don’t Wait! Get out of a job you hate faster and escape the career pendulum

Waiting too long to leave a job is the primary act that kicks the career pendulum into effect.

The Career Pendulum Effect is a reactionary decision made in direct response to detesting your job. This means you choose a new job that is completely opposite to the current job you hate. Relief sweeps over you when you are finally free from the burdens of that horrible job. But they are often short-lived. That is the first swing of the pendulum. 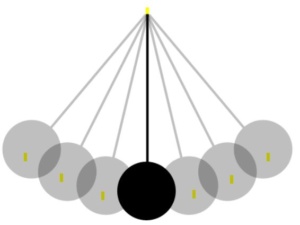 Swinging from one bad job to another

Surprisingly, the job, the one you detested, actually had some elements in it that you liked.  That’s why you chose it in the first place! So when you choose an opposite career, you choose a job that doesn’t have elements you liked in the first job. Inevitably, you choose yet another job you hate. That’s the second swing of the pendulum.

When you don’t get it right, you build a career history of swings between a series of jobs you don’t like, each for different reasons. This is a series of bad job choices which leads to years of fluctuating misery. It must be avoided at all costs!

The decision to change to an opposite job is the result of excessive internal stressors. Internal stressors are a host of factors that determine your feelings about a job. Personality or ability needs, work interests, management style, and corporate culture are the main factors.

Here’s an example. Harry hated his job in information technology. It required him to work in isolation for hours on end, and demand that he constantly learn and integrate new trending processes, techniques, applications and programs with existing software.  What made it even worse was that he detested the competitive, cutthroat culture. One day, he just walked off the job without giving notice. Nobody really was surprised; he hated his job that much. The longer Harry stuck with this job, the longer the internal stressors built up. When these stressors reach a certain level, a person simply can’t handle the pain of it any longer.

Harry didn’t like his work or his environment. His personality demanded people contact because he was an extrovert. Like most men, he possessed the talent to see in three dimensions when given a two dimensional object. This talent requires some kind of hands-on work. However, his IT work was completely abstract. This particular talent only gains strength with age. Furthermore, Harry liked to be available and helpful to people, while the competitive culture overran his cooperative personality. Oftentimes, people don’t analyze their internal landscape like this to figure out why they hate a job. Career testing could have identified all of these factors that drive many people to hate their job. But Harry had never taken a career test, so he stayed in the job so long that these misalignments grew to debilitating stress levels. His performance was now suffering, creating additional stress that compounded the issue.

The reactionary response, like walking off the job, is typically set into motion by a single event. This is what I call the ignitor. It catalyzes all the built-up internal stressor. Like a match that ignites a gas soaked, wood-filled fire pit, a single, often-times innocuous event sparks the reactionary response. On the day that Harry quit, his boss criticized his work in front of colleagues. In a competitive environment, performance is paramount. But Harry’s need to own his work made it incredibly difficult for him to handle criticism, especially criticism and in front of colleagues.

Faced with a mortgage, children with private school payments, and a spouse who had just re-entered the job market in a lower level job, he knew he needed to find a new job–quickly. What is fresh in his mind is the things he hates: the constant learning, competitive culture, and isolation. With the levels of stress in his life, he couldn’t see anything but these problems. 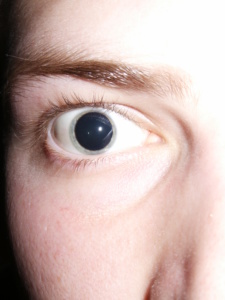 He had what Malcolm Gladwell describes in his book Blink as “pinpoint vision.” Under extreme stress, such as when their lives are in perceived imminent danger, police officers will only see the gun. They won’t see the hand, person, room, or anything else. They won’t see that it is a toy gun, or that the person holding it is showing signs of distress on his face instead of anger. They will simply see the gun and only the gun. If that gun happens to swing in their direction, they will fire theirs before “the gun” shoots them.

This is what happens in stress career-decision making as well. Under extremely high stress a person is more likely to make “tunnel vision career decisions” that often lead to a career pendulum swing.

Harry took a job as an IT trainer with a community college. The new job wasn’t isolated; it had lots of people contact. He didn’t need to learn something new every week, but instead was able to train others about what he already knew. And, best of all, he was working in the cooperative, helping environment of a college. He chose this job in response to everything he hated about the previous job.

A year later, he wondered why he was now hating this one! Thinking back, he thought, “I considered all the elements I hated most about the other job. I steered clear of them and chose this job. I made a good career choice!” What had he failed to do? He didn’t consider all the other aspects of work he needed to be happy. For example, he had a driving need to work with his hands. This need, like many others, are not so evident. When you compound high stress into a decision situation, the weight of dislikes overshadows everything making it virtually impossible to see even obvious aspects needed for a happy career. The pendulum was about to swing back again.

If you’ve been wondering about leaving a job you don’t like, it is most important to leave a job sooner rather than later. It is equally important to explore positive and negative aspects of a job. What makes you happy and what makes you stressed? Career testing and an excellent career coach can help you do just that.

When the career pendulum hangs balanced in the middle, it no longer swings between one bad job choice and another. It is at rest when all, or almost all, aspects of work that make you happy are met by a job.

Sovrn
Finding Your Ideal Career for 2015: 5 Things you Shouldn’t Do
Using Aptitudes Makes You Happier